On the heels of an April 28 contract worth $1.3 billion, Maryland-based Lockheed Martin has secured another large deal with the military.

As reported by the Orlando Business Journal, the company locked down the $137.8 million contract that will enhance the rollout of the F-35 Lightening II aircraft. The defense firm will handle production of the fighter jet predominantly at its Fort Worth, Texas, location. However, some 500 jobs will be created in Orlando as a result of the contract as well.

Located in Orlando, Missiles & Fire Control currently employs 1,300 people who work on creating the Electro-Optical Targeting System of the F-35s.

The Orlando Sentinel reported that the hiring of the 500 employees would take place over the course of the next five years. Hoping for $3.5 million in incentives to support the renovation of the plant, Lockheed Martin has noted salaries for new hires will begin at $87,000. The proposition would help to authorize the tax refunds, noted the source.

According to the journal, during an earnings report in May, Lockheed Martin CEO Marilyn Hewson was noted as saying:

"When we get to full-rate production, we'll probably be delivering roughly 200 aircraft a year."

This could mean the need for more hiring throughout the course of the next few years. 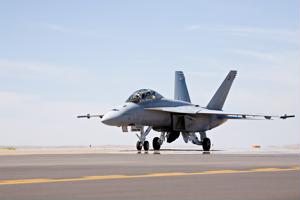