2016 was record-setting year for new-vehicle sales in Mexico

Despite uncertainty for the future, the Mexican automotive industry closed 2016 with one of the best years on record for new-vehicle sales, reported Mexico News Daily.

Sales were 18.6 percent higher than in 2015, reaching 1.6 million units sold. In December alone records were broken as it proved to be the best-selling month the country has ever seen with 192,567 vehicles sold.

According to the general manager of the Mexican Automotive Dealers Association (AMDA), Guillermo Rosales, three factors helped fuel the surge in sales. Increased opportunities for financing, a drop in used auto imports and stability in pricing were to thank, Rosales told Mexico News Daily.

The December figures build on the success November sales. El Universal reported that 154,616 units were sold in November bringing new-car sales up 22.2 percent compared to the same period the year previous.

Kia notched the biggest surge in sales, at 143 percent followed by General Motors and Mercedes Benz at 39.4 and 38.7 percent, respectively. Hyundai and Nissan also increased sales for the year.

The AMDA has forecast that car sales will grow by 6 percent in 2017. 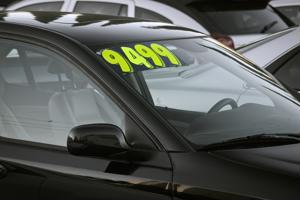