Adobe Inc. will create more than 1,200 new jobs through a $90 million expansion in Utah County, The Salt Lake Tribune reported.

The company plans to construct a new building to accompany the larger workforce near its current, $107 million facility. The new jobs will have salaries that are 300 percent of the county's average annual wage of $39,509.

The Utah Governor's Office of Economic Development is offering the company an incentive of up to $25.7 million, which would make Adobe eligible for a 30 percent rebate of the state taxes it would pay over two decades, the source explained.

The Adobe expansion is just one example of increased economic and employment activity in Utah County. The area has become known as a tech corridor, with software and related companies setting up shop there, according to Deseret News. Between 2014 and 2015, the population of Vineyard, a town in the county, jumped from 617 to 3,195, a staggering 417 percent increase.

Data from the U.S. Department of Labor showed that the county had the second-fastest rate of job growth in the country in 2015. 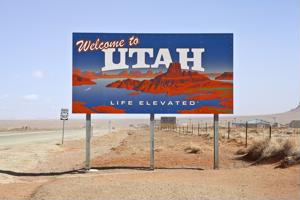