A recent economic forecast predicts that Michigan will gain almost 100,000 jobs over the next two years, MLive reported.

The forecast was established by University of Michigan researchers and was announced at the 64th annual state economic conference. It estimated that 41,600 jobs would be added in 2017 and that an additional 50,000 would be gained the following year.

The professional and business services, leisure and hospitality, construction and trade-transportation-utilities sectors will be responsible for creating most of the anticipated new jobs, the source noted.

The forecast predicted that the unemployment rate would gradually decline to 4.6 percent in 2018, from 4.9 percent currently. In addition, the growth of the annual real gross domestic product for the state was estimated to jump from 1.6 percent in 2016 to 2.3 percent in 2017.

The auto industry, traditionally a major contributor to the Michigan economy, was also anticipated to undergo some change, The Detroit News reported. The state economic forecast predicted that while automotive sales in the U.S. overall would decrease from 17.4 million in 2016 to 17.2 million in 2018, sales of the Big Three automakers - which have large operations in Detroit - would increase slightly by the end of 2018. 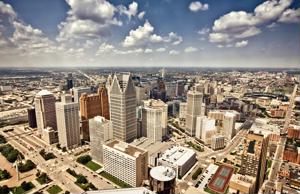