Apple to create jobs through $1B advanced manufacturing fund

Apple announced May 3 that it will launch a $1 billion fund for creating jobs through advanced manufacturing in the U.S., The New York Times reported.

The same day, Apple also launched a new job creation page on its website. It shares data on Apple's job creation efforts, including that the company has created 2 million jobs in the U.S., with 1,500 percent growth in the number of U.S. employees since 1998. The page also notes the company has created 450,000 jobs through its U.S.-based suppliers, and that it has manufacturing locations in 38 states.

The fund was announced during Apple CEO Timothy Cook's interview with CNBC.

The company stated that more information about the fund will be released later this month. A yet undefined portion of the fund will be funneled into a company with which Apple plans to partner. 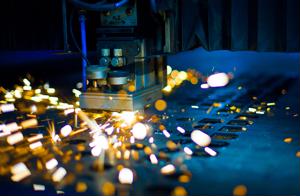