Across the globe, the auto industry is breaking records.

Global gains
In July, North American vehicle sales were greater than 20 million units for the first time, according to Global Trade Mag, citing a report from Scotiabank. Over the year, sales were up 3 percent.

In Western Europe, car sales posted the largest increase in almost 20 years, rising 7 percent over the year ending in July.

And in Asia, vehicle sales have risen 9 percent in 2016, as Latin America also sees gains, primarily in Chile, which saw a 6.5 percent growth in sales, the source noted.

These gains all contributed to a 5 percent rise in global car sales, which exceeded economist expectations.

The gains are being attributed to a stabilizing employment and economic situations.

"The improvement is being supported by a strengthening labor market," noted the report, "which is reducing unemployment at the fastest pace in nearly a decade."

U.S. figures
The U.S. is also seeing a strong auto market. The report found that U.S. car sales reached their highest point so far in 2016, registering at 17.9 million units in July.

"The health of the U.S. consumer is the main driver of the North American sales outlook, and most indicators continue to point to ongoing gains," said Carlos Gomes, Scotiabank senior economist and auto industry specialist.

The report went on to predict that U.S. sales would continue to climb throughout 2017.

Job growth
Many U.S. cities are seeing the benefits of the improving health of the auto industry. One notable trend is the shift of a large number of technology jobs to southern states, reported The Wall Street Journal, citing a report from the Brookings Institution. The Nashville area specifically saw a 7.9 percent increase in jobs using science, technology, engineering or math skills between 2013 and 2015.

According to the source, the auto industry is largely responsible for the new jobs, with vehicle parts and manufacturing making up nearly one third of all high-tech jobs in the Nashville area, where Nissan and General Motors operate plants. Other southern cities are seeing a rise in auto activity as well, such as Jackson, Mississippi, where auto employment increased more than 10 percent between 2013 and 2015.

"The nation has grown more dependent on continued auto-sector progress and a short list of rapidly growing high-tech services for output and employment growth," the report noted. 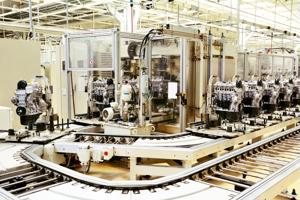