Alongside truck manufacturer Autocar LLC, the Jefferson County Commission announced Sept. 13 that the truck manufacturer plans to build a new $120 million facility in Birmingham, Alabama, which would create up to 746 direct jobs in the metropolitan area and throughout the county.

According to AL.com, the plant, once complete, will occupy more than 1 million square feet of space in both Birmingham and Center Point. Andrew Taitz, chairman of Autocar, cited many positive attributes Birmingham offered, including skilled labor, proximity to customers and fruitful relationships with local government.

"This project represents a significant expansion of Autocar's existing operations, which we were able to accelerate to meet our rapid growth," Taitz said to the news provider. "I can tell you we conducted an extensive review of possible states and locations, and Birmingham was selected because it had the whole package."

Until recently, the Jefferson County Commission and Autocar kept the plans for the facility's construction a well-guarded secret. It was alluded to in June, but only by its alternate name, "Project Sunrise."

Birmingham-area TV station ABC 33/40 reported that Autocar already started hiring employees in advance of the Sept. 13 project unveiling. Also, Brian Hilson, president of the Birmingham Business Alliance, told the news source that the facility could create another 1,800 indirect jobs apart from the 700-plus positions at the plan itself. 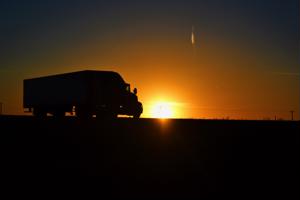