Cooper Standard, an automotive supplier, will invest $1 million in a new facility in Surgoinsville and create 98 jobs, the Associated Press reported.

The company is headquartered in Michigan and has more than 30,000 employees around the globe, according to its website. The products Cooper Standard manufactures includes fuel and brake lines, rubber and plastic sealing and anti-vibration systems.

"The automotive sector continues to be a major source of job creation in Tennessee and I'm pleased Cooper Standard has decided to add new jobs in Surgoinsville," said Tennessee Governor Bill Haslam.

Fitzgerald Collision & Repair, a company that supplies automotive products and equipment for commercial trucks, also plans to increase its business in Tennessee, Autobody News reported. Through a $9 million investment, the company will create 75 jobs at a new facility in Sparta-White County and add 145 jobs at its existing plant in Rickman-Overton County.

"Fitzgerald Collision & Repair's significant expansion will create new job opportunities for residents in the Upper Cumberland and bring us one step closer to making Tennessee the No. 1 location in the Southeast for high-quality jobs," said Gov. Haslam, according to the source. 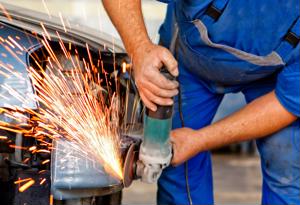