The audio-visual industry in both North and South America showed signs of significant growth in 2016. Trends fueling this expansion are likely to continue, according to a recent report by leading AV sector trade association firm InfoComm International.

Per the 2017 AVIndustry Outlook and Trends Analysis findings, the U.S. alone accounted for $53 billion of the $65 billion that the industry generated in total throughout the Americas in 2016. From 2017 until 2022, analysts expect average yearly growth of 4 percent. Mexico and Brazil also played significant roles in generating revenue for the industry.

AV product buyers made their purchases for a wide variety of reasons both professional and personal. Conferencing tools and digital signage carried significant weight for the industry overall, but so did streaming media platforms.

This news comes only a few weeks on the heels of the International Monetary Fund's most recent World Economic Outlook Update, which contained some notable positives for Latin America.

Because Argentina and Brazil are widely projected to end their recent recessions, IMF slated the region for slow but steady growth of 1.9 percent in 2018 and beyond. Mexico is also likely to see 1.9 percent growth, a notable turnaround from struggles seen last year. 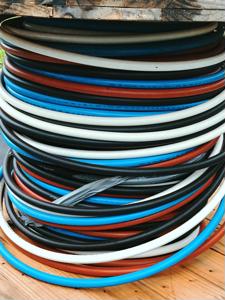