A new venture fund, Breakthrough Energy Ventures, will contribute $1 billion in its efforts to support clean technology over the next two decades, reported Fortune.

Headed by co-founder of Microsoft Bill Gates, the initiative plans to bring the emission of greenhouse gases down to nearly zero through funding clean energy technology. Candidates for investment come from a variety of areas including electricity generation and storage, agriculture, energy system efficiency, transportation and industrial system use.

Moreover, the fund will not be restrictive when planning an investment and will even consider companies that have already become commercialized.

"I am honored to work along with these investors to build on the powerful foundation of public investment in basic research," said Gates, BEV chairman, in a statement Sunday night. "Our goal is to build companies that will help deliver the next generation of reliable, affordable, and emissions-free energy to the world."

BEV is part of the larger Breakthrough Energy Coalition, which was launched in late 2015 at the Paris Climate Change Conference, reported TechCrunch.

The international group has focused on investing in young startups that use clean tech around the globe. Its goal was to hit $30 billion by 2020. 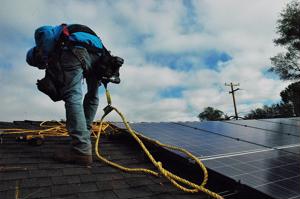