Barring an extraordinary reversal of the Brexit referendum - albeit a possible one, based on a 10 Dec. 2018 ruling by the European Court of Justice - the U.K. is set to cut ties with the European Union by 29 March 2019. Tory hard-liners in Parliament and the constituents supporting them remain firmly ebullient at this prospect, but others with centrist or left-of-centre progressive politics grow increasingly fearful, and numerous players in global financial markets with no political stake in the matter have expressed trepidation about the repercussions of the secession.

The Financial Times interviewed a number of prominent economists from various segments of the field and found the following consensus: The first quarter of 2019 will feature limited and highly cautious economic activity in Britain across multiple metrics, including consumer spending, the housing market and general business investment.

After the 29 March deadline, progress will be dependent on arrangements made between British Prime Minister Theresa May and the European Commission under Jean-Claude Juncker, according to the Financial Times' interview subjects. A secession that occurs with a deal in place to protect certain trade policies mutually beneficial to the U.K. and EU will still probably slow down the European market (as well as global financial activity) to some degree, but it will take much longer to measure real impact.

A "no-deal" Brexit, by contrast, would subject the U.K. to trading restrictions British businesses haven't dealt with in almost two decades and could engender plenty of panicked, ill-thought-out activity. Such a possibility alarms even some of those otherwise highly in favor of leaving the EU. Howard Archer, chief economic adviser with the EY ITEM club market forecast group, outlined some of the most dangerous results possible in the event of a no-deal Brexit to the Financial Times:

" ... [U.K. gross domestic product] growth in 2019 is likely to come in substantially lower (probably around 0.5-0.75 per cent) as major uncertainty hits consumer and business sentiment and investment," Archer explained. "Sterling would likely fall sharply. This would push up input costs for businesses and cause inflation to rise markedly, thereby squeezing consumer purchasing power." The EY ITEM economist did add that a weaker pound could notably galvanise the value of U.K. exports, but the benefit of such an effect is uncertain in light of other potential difficulties.

In preparation for whichever version of Brexit does or doesn't unfold 29 March, the Bank of England left benchmark interest rates unchanged at its last meeting, according to the Guardian. Any 2019 hike would likely come after Brexit's resolution. 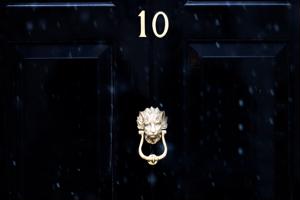