Over the course of the next three years, employment in Fresno, California, is expected to trend upward, according to a recent forecast.

A report released by the Center for Business and Policy Research at the University of the Pacific Eberhart School of Business in Stockton revealed that job growth and wages are expected to increase through 2020, according to The Business Journal. Currently at $51,894, the average annual wage in the area is forecast to expand to $57,784 in the next three years.

Data from the California & Metro Forecast predicted that in addition to employment growth, the Fresno population and housing starts are also forecast to rise steadily.

Recently taking the place as the industry employing the most Californians, healthcare services will add close to 40,000 new jobs this year.

However, not all industries are faring as well. Farmers in California are struggling to find enough pickers during harvest, according to The Daily Astorian. General Manager of the Chelan Fruit Cooperative Reggie Collins told the news source that they are currently short 400 workers for the cherry-picking season that begins mid-June.

Last year, 241 people were applying for the open positions. This year, Collins said that only 40 candidates have shown interest. 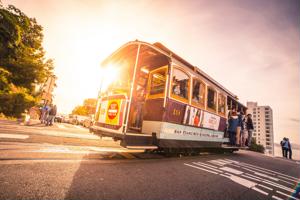