A recently released report from Indeed.com revealed that job opportunities in artificial intelligence in Canada have increased by nearly 500 per cent since June 2015, according to BetaKit.

"Rapid advancements in the technology behind artificial intelligence have had significant impacts on the labour market," said Indeed.com economist Daniel Culbertson. "Considering the potential for widespread application of these technologies across many industries, there is a strong possibility that this field will be a substantial contributor to economic growth for a long time to come."

A separate report by CBRE found that Toronto is the fastest-growing tech market in North America, according to Canadian Property Management. The city was recognized for its ability to attract talent, its employment growth rate and its low costs for running a tech company.

The city has more than 212,000 tech workers, and has seen a 32 per cent increase in the size of the workforce over the past five years.

"When you consider we've added more tech jobs from 2015 to 2016 than New York and the San Francisco Bay area combined, it shows just how vibrant Toronto's tech industry has become," said Werner Dietl. "Tech companies now comprise over 20 per cent of all current office space demand in the city." 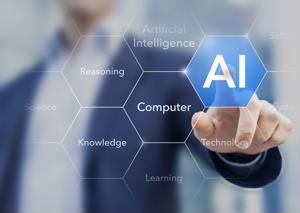