The Canadian government recently announced that it will spend $73 million to create 10,000 work placement opportunities for students in STEM fields, the Toronto Star reported.

Under the program, the government will partner with participating companies and pay 50 per cent of a student's wages in the placement, up to $5,000, the source explained. It will pay 70 per cent of wages, up to $7,000, for "underrepresented groups" and first-year students.

"This is really around incenting [sic] employers to take on students and then having that fringe benefit of them saying, 'I've invested some time in this person, this could be a real asset to me to hire this person,'" said Minister of Employment, Workforce Development and Labour Patty Hajdu. "We think it's a really effective way of playing matchmaker, if you will."

The program is hoped to minimize skill gaps and ease an "epidemic of youth underemployment," according to The Globe and Mail, which cited a study from the Ontario Society of Professional Engineers which found that a quarter to a third of recently trained engineering graduates in the country have jobs that do not require an engineering degree from university. 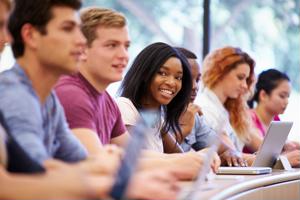