On Monday, the University of New Brunswick announced the opening of the Canadian Institute for Cybersecurity, Betakit reported.

The institute was created through a partnership between the university and IBM and was backed by $4.5 million in funding. In addition to being a research center, the institute will develop cybersecurity professionals. IBM will provide technical, project management and mentorship services for students at the institute.

"Today's investment allows the University of New Brunswick to take advantage of their existing knowledge base, and establish a Canadian Institute for Cybersecurity that will contribute to Canada's growth in cybersecurity and innovation," said Navdeep Bains, Minister of Innovation, Science and Economic Development, according to the source.

The opening of the center comes as the Canadian government released a report highlighting the urgent need for skilled cybersecurity professionals in the country. The report, which was compiled by PricewaterhouseCoopers for Public Safety Canada, asserted that the government is "simply not up to the overall challenge" of defending itself against threats of cyberattacks, according to The Canadian Press.

The report cited outdated information technology systems and a lack of dedicated data security staff at small businesses as some of the main challenges facing cybersecurity in the country. 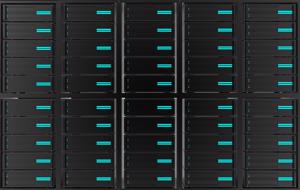