The Pittsburgh metropolitan area, like much of Pennsylvania, carries a legacy of manufacturing and heavy industry. Despite experiencing setbacks in the late 20th century, the manufacturing sector is rebounding throughout America and particularly in Pennsylvania, as The New York Times reported last week.

Lanxess, a Germany-based specialty chemicals producer, hopes to add to the state's manufacturing job opportunities with its stated desire to create new positions at its Findlay, Pennsylvania plant, not far from Pittsburgh.

According to the Pittsburgh Post-Gazette, Lanxess will undoubtedly need more employees in the wake of its $2.7 billion purchase of Philadelphia chemical company Chemtura. The German firm, which broke off from parent company Bayer in 2004, stated that it aims to create at least 30 new jobs within the coming year, and perhaps as many as 50.

Added to current staff, Lanxess could end up providing up to 400 jobs to the Pittsburgh metro area - a small portion of its global 19,000-strong workforce, but nonetheless vital to the region.

Also, the company's president and chief North American operations executive Antonis Papadourakis, expressed interest in job-training initiatives to provide opportunities for area residents whose employment prospects may be reduced due to lack of a college education. 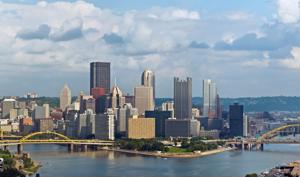