The Japanese economy is still stuck in an undeniably tough spot, and difficulties within its manufacturing sector are part of the reason why. According to the results of a monthly survey overseen by Reuters and released 17 April, the indexed confidence of manufacturing business leaders fell to the lowest level seen in two and a half years in April. It currently stands at 8, which is a drop from the 10 rating noted in March.

Of the 478 businesses whose executives were asked to respond, 241 did so only on the condition of anonymity. One anonymous manager of a machinery manufacturing firm wrote a response that summed up the gloomy opinions of many respondents:

"A sense of caution is rising due to the global slowdown amid the U.S.-China trade war and Brexit, which are causing companies to hold off on business investment, [and] curbing orders for capex," the manager stated. Manufacturers of processed food, chemicals and transport equipment machinery are among the hardest-hit segments of the field, Reuters pointed out.

According to The New York Times, the declines seen in various Japanese economic indicators, including manufacturing, stem as much from the difficulties that China is currently facing as from any strictly domestic factors or overall pressures on the nation's industries. Diplomatic and business relations with China improved considerably under Prime Minister Shinzo Abe when he assumed stewardship of the Japanese government in 2012, and many Japanese businesses began depending strongly on sales to Chinese customers. When those slowed, it caused considerable losses and a great deal of consternation among numerous firms.

The outlook for Japan's manufacturing sector - and the economy at large - is not entirely grim. Reuters reported that many expect the manufacturing confidence index to rebound all the way back up to 13 by the middle of July. But there's no doubt that the nation still has a way to go. 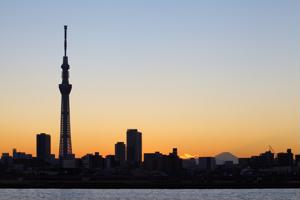