The employment market in Idaho has seen strong growth in the construction industry in recent months, with significant gains in the city of Lewiston, the Idaho Business Review reported.

Located in northern Idaho, Lewiston ranked as the No. 1 city for construction job growth in August in the U.S. by the Associated General Contractors of America.

Since August, the city has seen total construction jobs increase by 27 percent, which is the largest gain recorded in the country, according to the AGC.

Lewiston is not the only city in Idaho seeing strong employment gains in construction, however. The source reported that all five metro areas in Idaho were ranked within the top 40 percent of the 358 metro areas in the country in terms of job growth.

"I am excited for the opportunity to put my experience to work for Governor Otter and his administration to help all Idahoans enhance their economic opportunities and steer the state toward meetings its job and employment needs for the future," she said in a statement. 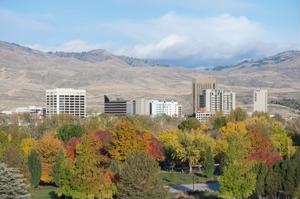