Credit Suisse Group AG recently announced that it will be adding 1,200 jobs to its North Carolina offices over the next few years, Bloomberg reported. The positions will be in finance, technology and operations, with hiring beginning this year.

This move comes shortly after a resolution was reached between the state governor and lawmakers over a controversial bill regarding transgender bathroom laws.

The new jobs will be an addition to the existing 1,500 staff members currently employed in the Raleigh area, Bloomberg noted. Furthermore, assuming hiring and investment targets are hit, the bank will receive over $40 million in tax reimbursements over the next 12 years. The source added that about $70.5 million will be spent by Credit Suisse on investments in its North Carolina location.

ABC11 reported that the Swiss bank's reorganizing of jobs is the biggest corporate expansion the state of North Carolina has seen since 2013, when MetLife Inc. announced the decision to relocate 2,600 jobs there.

"Credit Suisse has enjoyed a strong presence in North Carolina for more than a decade, and they've flourished here," said Gov. Roy Cooper in a statement, according to the source. "We're encouraged that this commitment to North Carolina will bring high-paying jobs and spur economic development across our state." 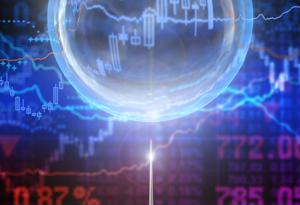