Customer in the U.K. receives first-ever drone delivery from Amazon

Just 13 minutes after a customer placed an online order with Amazon, an electric-powered drone delivered the package to his home in Cambridgeshire, England, reported the BBC.

Equipped to transport packages weighing up to 5 pounds, the drone can reach up to 400 feet when flying. Guided solely by GPS, the drone left its storage area in the Cambridge fulfillment centre and followed a track to the launch space.

Though the delivery took place on Dec. 7, the historic feat was not revealed to the public until the following Wednesday.

A tweet Dec. 14 from Amazon Chief Executive Officer Jeff Bezos confirmed that the area in which the package was delivered, as part of the initial testing for Amazon Air, had been cleared by U.K. aviation authorities, reported Bloomberg Technology.

These trials are taking place in the U.K. because regulations for drone test flights in the U.S. are too strict, according to the company. Within the coming weeks, Amazon Air services will expand to customers living close enough to the Cambridge facility centre.

Amazon also noted that safety remains a top priority in drone delivery and it will only operate in the best weather and environmental conditions. 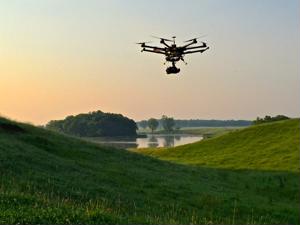