Cybersecurity software developer Fortinet announced that it will expand its intelligence and research and development operations in Burnaby, British Columbia.

The expansion will create 1,000 new jobs at a Fortinet data centre in Burnaby, which is located about 13 kilometres from Vancouver. The new positions will in effect double the Canadian presence of the company, which is headquartered in California.

Many students from Simon Fraser University Faculty of Applied Science program have worked at Fortinet through co-op positions, and officials are hopeful about the possibility of more student opportunities.

Students in technology and related industries may have additional skill development opportunities coming their way if Amazon chooses to build its second North American headquarters in Canada.

The company recently announced that it was looking for a location for 50,000 employees, and several major cities have attempted to court the tech giant.

Toronto Mayor John Tory recently touted the advantages Toronto would hold as the site of the Amazon HQ, according to CBC News.

"I think when we take the quality of the people we have here … the cosmopolitan, cool nature of this city - and we really put that forward - I think it's going to be a powerful case," he said. 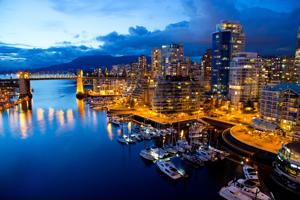