Delphi, a supplier of automotive technology, recently announced that it will add 100 new jobs in Pittsburgh to support its development of self-driving cars, local source TribeLIVE reported.

Currently there are between 50 and 60 engineers in the Delphi self-driving unit in Pittsburgh. The new jobs will be created over the next six to nine months, according to CTO Glen De Vos, in an interview with the source.

The company wants to expand its presence in Pittsburgh, which has quickly become an "epicenter of self-driving technology," TribLIVE noted, and boosted job creation. Uber, for instance, opened its Advanced Technology Center in the city, which added 700 jobs.

In other self-driving news, Domino's and Ford have teamed up to begin testing driverless delivery in Ann Arbor, Michigan, according to the Detroit Free Press.

"We are delivery experts; this is where the industry is going," said Domino's President Russell Weiner. "We think we are the right company, and we certainly are working with the right partner to make this happen."

With the new delivery model, customers would walk outside to pick up their pizzas from the vehicles and no tip would be necessary, the source noted. 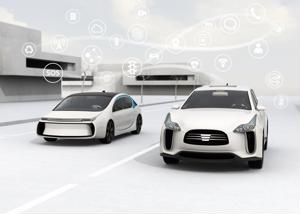