A new report from the U.S. Department of Energy showed that distributed wind energy could be a major source of economic growth and job creation in the next several decades.

Some 49.5 million residential, commercial and industrial buildings could employ distributed wind systems, which are scaled-down wind power generators that are set up on-site to supply the power needs of an individual home or business, the report explained. Furthermore, the department projected there would be a 300 percent increase in distributed wind systems by 2030.

The report was the first on distributed wind energy compiled by the Department of Energy.

Another brief recently published by the Department of Energy showed that many states have increasingly employed fuel cell and hydrogen clean energy systems, AltEnergyMag reported. Some 30 states counted fuel cells or hydrogen as part of their Renewable Portfolio Standards. The top states with the highest levels of use of these systems were California, New York and Connecticut. 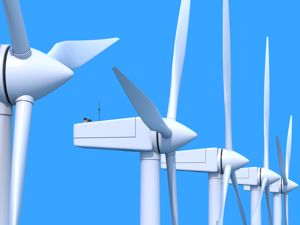