The mobile app Apple Pay has opened up to allow its users to make contributions to charitable and nonprofit organizations in the U.S., reported TechCrunch.

Before this week, an existing Apple guideline did not allow iOS apps to pull in money from its customers for charities.

The digital wallet, that now has tens of millions of users, has already proven successful with its ease and simplicity for making payments through a platform that permanently stores all of your information. Enhanced features such as Touch​ ID support this function as well and as of September, the company had seen transaction growth of almost 500 percent year-over-year, noted the source.

The secure and one-touch donation feature launched on Monday, according to a company press release. Charities both large and small are partnering with Apple Pay, among them UNICEF, the American Red Cross, Save the Children, The Water Project, the American Heart Association and World Vision, to name a few.

"Currently, nearly 25 percent of our donations come from mobile," Scott Harrison, founder and CEO of charity: water, told TechCrunch. "We've seen steady growth in mobile traffic to our site over the past few years, so it's important we make giving through mobile as easy as possible."

People are more likely to donate to a good cause when they don't have to deal with extra papers and forms and the new segment of Apply Pay makes that more seamless than ever, Harrison noted. 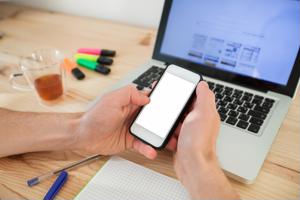