By almost any standard, analyzing the economy of Central and South America has proven a complex task for financial experts, as the diverse range of financial, sociopolitical and cultural trends across these regions' nations makes it difficult to craft a general conclusion about their overall status. Recently, the UN's Economic Commission for Latin America and the Caribbean issued its final report of 2018 on the area's economic progress, and it featured somewhat middling but not negative conclusions.

The ECLAC report found that 2018 would most likely come to a close with economic growth of 1.2 percent for the region, a decline from an October projection by the commission that predicted 1.3 percent growth. Writers of the document, including ECLAC Executive Secretary Alicia Bárcena - who presented the regional report at an ECLAC press conference in Santiago, Chile - explained that difficulties in external financing within Latin American emerging markets caused currency depreciation and other adverse effects that cut into 2018's economic growth.

Bárcena stressed the importance of sound fiscal plans by regional governments to ensure such issues would not cause further detriment to economies in Latin America.

"Public policies are needed to strengthen sources of growth and cope with the scenario of uncertainty at a global level," Bárcena explained in her press statement. "The active role of fiscal policy in the region in terms of revenue and spending must be bolstered. In this sense, it is essential to reduce tax avoidance and evasion and illicit financial flows. At the same time, direct taxes and also health-related and green taxes must be strengthened. In terms of expenditures ... public investment must be reoriented toward projects that have an impact on sustainable development, with emphasis on public-private partnerships and productive reconversion, new technologies and green investment."

ECLAC stated 2019's prospects for Latin American growth were slightly better than 2018's final number - 1.7 percent as opposed to 1.2. However, this is also a small drop from the organization's expectation of 1.8 percent growth in 2019, which it released October 2018. 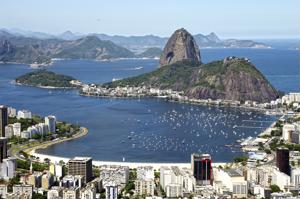