After several months of dismal industrial activity in late 2018 and early 2019 caused growth in Germany's economy to slacken (before stopping altogether and even contracting for a brief period), finalized data from the first quarter of 2019 showed some notable signs of improvement. According to Reuters, German economic growth saw a 0.4 per cent surge in Q1 2019, credited largely to strength in the construction industry and increased household spending. But more recent analysis seems to suggest that expansion may not continue in Q2 and Germany isn't out of the woods just yet.

Reuters pointed out that aftershocks from the months-long trade dispute between China and the U.S. are affecting many European countries, especially Germany's manufacturing sector, which is highly reliant on exports. This led the Bundesbank to predict a second-quarter decline in output in a monthly report released 17 June.

"The German economy should shrink slightly in the spring," the German central bank said in its report. "Special effects that contributed to a noticeable rise in gross domestic product in the first quarter are either expiring or being reversed."

Interestingly, the Bundesbank's economists made a point of saying a Q2 growth slowdown would not be a failure of the economy at large. Positive German economic indicators persisting through mid-2019 include strong private consumption, increasing average wages and record-low unemployment.

Nevertheless, German business and finance leaders remain concerned. Financial Times reported that the Zew index of economic sentiment, which Reuters had projected to hit -5.9, instead dropped precipitously - from approximately -2 to -21.1. Fears regarding fallout from the impending Brexit separation of the U.K. from the European Union also appear to be raising alarm. Only time will tell whether these issues are legitimate fears or slightly overblown. 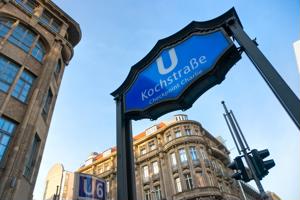