Foxconn, an electronics supplier based in Taiwan, recently announced that it will open its first U.S. factory in Wisconsin, the Milwaukee Journal Sentinel reported.

The factory would produce display panels for televisions, computers and car dashboards, and employ 3,000 people. However, the plant would be part of a much larger "virtual village" planned for the state that would extend over 1,000 acres. This larger project could create 13,000 new jobs.

The campus would be "the single largest economic development project in the history of Wisconsin," according to Gov. Scott Walker. "This is literally number one."

The Foxconn project may collect up to $3 billion in subsidies from state taxpayers, which would be nearly 50 times bigger than any package in the state's history, the source noted.

Foxconn is the world's largest contract electronics manufacturer, according to The New York Times, and manufactures Apple iPhones as well as products for other tech firms.

Intel also has plans to build out operations in the U.S., the Times reported. In February, Intel CEO Brian Krzanich announced that the company would create a computer chip factory in Arizona, adding 3,000 jobs through a $7 billion investment, The New York Times reported. 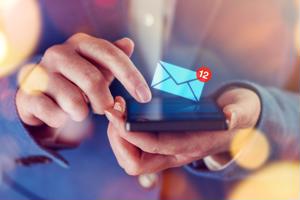