Positive indicators have surfaced within multiple sectors throughout Europe, the Middle East and Africa this summer.

The oil and gas logistics industry counts as one major example of this, as illustrated by a report released Aug. 10 by Research and Markets. Due to a transition within the sector regarding how materials are freighted, this market is expected to save more than 20 per cent on its previous shipping costs.

This, in turn, fueled projections of a 7.69 per cent compounded annual growth rate for the industry between 2017 and 2021. Intermodal shipping, as opposed to traditional over-the-road methods, allows for greater efficiency, and the sector has already begun building infrastructure - rail terminals, container yards and so on - to better accommodate the newer process.

Shifting to the world of B2C, the food and beverage sector could be seizing ground throughout EMEA if other companies follow in the footsteps of Kraft Heinz.

According to Food Navigator, the U.S.-based conglomerate credits some of its recent growth to improving market performance in Europe and will invest further with the aim of accelerating its gains. Net earnings increased by 50.5 per cent to reach $1.56 billion during the second quarter of 2017. 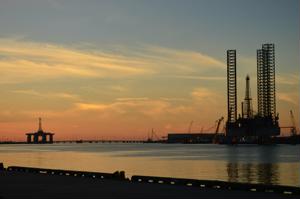