Some engineers in California are pulling in impressive six-figure salaries.

PayScale data showed that computer hardware engineers had the second-highest median pay in the state, earning $106,000. Electronics engineers were third on the list, receiving a median pay of $99,000.

Computer hardware engineers in particular are likely to be in high demand across the U.S. in the coming years due to a "renaissance of semiconductor innovation," according to The Wall Street Journal.

In response to this shift, the Semiconductor Industry Association partnered with 22 tech companies to investigate new technologies that have the potential to make these advanced deep learning functions a reality, the source reported.

Major industry players have already made moves, with IBM developing the deep learning chip TrueNorth, which is modeled after the human brain, according to The Wall Street Journal. The company hopes to have the chip ready for business applications by 2019. 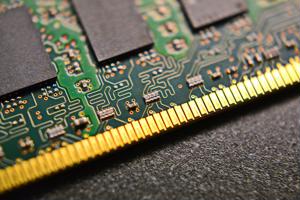