Fiat Chrysler announces it will strengthen operations in US

Fiat Chrysler Automobiles will boost investment in its U.S. operations and create jobs in the auto industry. The company announced that it will create 2,000 jobs in Ohio and Michigan and revamp two of its plants in the Midwest with a $1 billion investment, Reuters reported.

The company also suggested that it may transfer production of its Ram pickup truck model to the Michigan plant from Mexico.

The $1 billion investment will be used to modernize the facilities, and the refurbishment should be completed by 2020, according to Bloomberg.

The announcement was made at the Detroit auto show.

In addition to the Ram pickup, Fiat Chrysler also plans to manufacture three new Jeeps in the U.S.

"The sooner those new models will roll out of the factories, the better it is to support Fiat's mix and therefore margins," said Mediobanca analyst Massimo Vecchio, Bloomberg reported.

The news follows the recent announcement by Ford that the company would abandon its plans to build a large plant in Mexico and instead manufacture vehicles in a new $700 million factory in Michigan, Reuters noted. 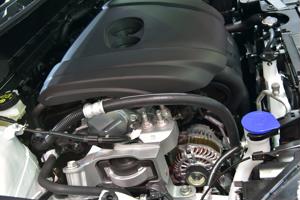