Since their debut Nov. 17, 2018 as a protest against an increase in gasoline taxes by the administration of President Emmanuel Macron, the gilets jaunes (yellow vest) demonstrations have taken place every single weekend in cities all over France and morphed into a general expression of opposition to government policies. Some prominent officials in the French government have begun to claim that these events are causing great detriment to the nation's economy - most recently Finance Minister Bruno Le Maire.

According to Bloomberg, Le Maire railed against the yellow-vest protests and insisted they must stop due to his claims of their adverse effects on French businesses that operate regularly on the weekend. In a conversation with the media, the French finance czar said that while he plans to initiate a number of tax cuts in the interest of answering protesters' demands, the government will also institute certain measures to offer aid to companies that have suffered economic losses directly attributable to the protests.

Le Maire cited the need for compromise between France's people and its leaders if there are to be outcomes from these events that are beneficial to both parties, in reference to the government-citizenry debates that Macron publicly asked for - and, in a few cases, personally attended - in January. These conversations, which afforded a minor bump in the president's approval rating during February (though it is still at a very low 28 percent), will continue in the coming weeks.

The economic concerns in France extend well beyond the domestic arena. Forbes reported Feb. 13 that the government called its ambassador to Italy back to Paris in the wake of Italian Deputy Prime Minister Luigi Di Maio meeting with and publicly endorsing leaders of the yellow-vest protests. However, many feel the real danger France faces from Italy is the recession currently affecting the latter nation, given the countries' closely intertwined economies. 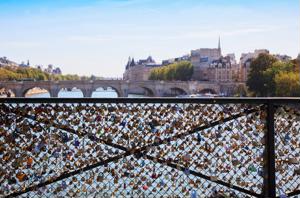