With an older U.S. population on the rise, the need for more home healthcare services and eldercare workers seems poised for significant increases in the job market.

The U.S. Bureau of Labor Statistics released a report in October 2017 that highlighted which jobs in the country would grow the fastest between the years of 2016 and 2026.

In the top five were home health aides and personal care aides. According to the BLS, the projected percentage change for both occupations is 47 percent and 37 percent respectively.

The BLS described the two professions as those who assist older adults and those with disabilities or cognitive impairment. The assistance needed can range from bathing to meal preparation.

With regard to education, those who seek a position in home healthcare services may not need a college diploma to be considered. A high school diploma is enough to get one's foot in the door, which is where on-the-job training would start.

But with the rapid growth of the industry, some elements of the job have evolved in recent years.

The industry is also getting assistance from another growing sector: Artificial Intelligence.

The industry is also getting assistance from another growing sector: Artificial Intelligence. From self-driving cars to personal home assistants, AI is emerging as the future for the technology sector and its influence has spanned across various industries such as healthcare.

Charles Turner, CEO of LifeWell, said the technology from CarePredict has the potential to "improve the lives or our residents and staff."

"With CarePredict, we're one step closer to streamlining this process with one system that not only provides proactive insights into the changing health of our residents but also replaces traditional call assistance and wander management systems," added Turner.

Satish Movva, Founder and CEO of CarePredict, pointed to LifeWell's embracing of data analytics as a way to improve care.

"The feedback we've received at their communities has been invaluable for refining our product development," said Movva.

According to the U.S. Census Bureau, the number of people in the U.S. who were 65 years or older was at 47.8 million as of July 2015. That number is projected to more than double by the year 2060 to a population of 98.2 million adults.

Aside from the sheer number is the fact that Americans are living longer than they have in the past.

The Social Security Administration calculates that a man who is 65 years old today will live to 84.3 years on average. For women of the same age, they can expect to live to 86.6.

The SSA also pointed out that one out of every four 65-year-olds has the possibility of living past the age of 90. 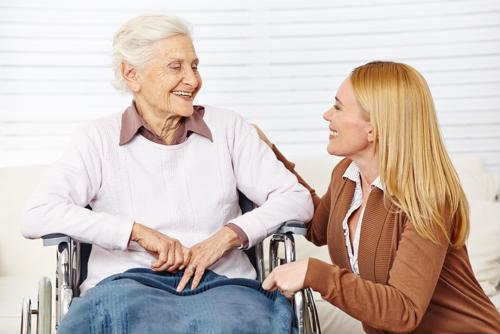