Summer travel season may be in full swing, but the prices at the pump have continued to remain low.

AAA data shows that the price of gas has continued to drop in all but one of the past 40 days, reported USA Today. During that time the cost per gallon has decreased by a total of 20 cents per gallon and is currently at the lowest July rate since 2004.

"Gas is getting cheaper as we're moving into the busiest part of summer travel," said AAA spokesman Michael Green. "Those are real savings that add up ... And we've seen that cheaper gas prices are motivating people to drive more and to take long trips this summer."

The current national average of $2.19 is largely due to oil availability based on consistently low prices from global production leaders.

For the lowest price per gallon nationwide, drivers should head to South Carolina where prices are an average of $1.86, reported the Salisbury Post. Nearly nine out of 10 gas stations in the state are currently selling gas for less than $2 per gallon.

The last time gas prices shot up during the summer months was in July of 2008 when one gallon cost an average of $4.11. 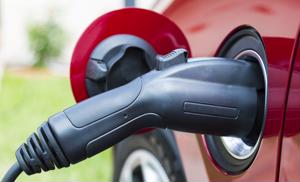