The trend of leading companies establishing new initiatives that create jobs may not be new, but it is one that is gaining momentum. One tangible method is building additional headquarters. Over the next few years, as many as 70,000 new employees may be working at tech industry giants Apple and Amazon, thanks to plans to create additional job sites by both companies.

How a tech giant can transform the economy of a city
In the fall of 2017 Amazon announced it would be building a second headquarters. By January of 2018, officials and leaders from the 20 finalist cities across the country were battling to demonstrate why their community would be the best fit for the second home of Amazon, reported The New York Times.

The big draw for cities to notch the No. 1 spot was to bring in the 50,000 jobs promised to come with the second location. The jobs will be high-paying and within the technology sector. In addition to the in-house employees, the $5 billion plan to construct this project - coined HQ2 - will also bring jobs to the chosen area. Residents can expect a rise in tech and construction jobs.

The original headquarters in Seattle has been shown to have made a large contribution to the city economy since its establishment. As The Washington Post reported last fall, the city has become the fastest growing in the country thanks to the 40,000 thousand jobs - filled mostly by young tech workers - that Amazon created. The headquarters didn't just help large tech organizations, but small and medium sized businesses throughout Seattle began to prosper as well, Jon Scholes, president and chief executive of the Downtown Seattle Association told the source.

The subsequent headquarters is expected to be even bigger, hire even more employees and require 8 million square feet. According to The Washington Post, this project will be the largest economic development any region has seen in quite some time. However, it is a game of give and take. In Seattle, though the economic boom continues, residents worry about high taxes and available housing. The succeeding region that will be home to the next Amazon headquarters can expect jobs, growth and prosperity, though not without the downsides.

Apple among tech leaders continuing to create jobs
Amazon wasn't the only tech giant to unveil plans for establishing a secondary headquarters within the past year. Computer technology leader Apple, currently based out of Cupertino, California confirmed a five-year plan worth $350 billion that would employee 20,000 new hires, reported CBS News. A portion of those jobs will be at existing plants across the country though the majority will be at the new campus.

"We believe deeply in the power of American ingenuity, and we are focusing our investments in areas where we can have a direct impact on job creation and job preparedness," Apple CEO Tim Cook said in a statement. "We have a deep sense of responsibility to give back to our country and the people who help make our success possible."

This five-year outline came just shortly after a previous job-related goal set by Apple in the spring of 2017. The company boosted a fund that helps to establish U.S.-based manufacturing jobs and innovation by $4 billion. The strategy is part of an effort to bring back jobs to American soil. At the time, many technology industries operated large factories overseas, including Apple. Part of this new initiative included moving the technical support team to the new campus in the U.S., as customer support staff based internationally was a previous concern voiced by customers, reported NPR.

Across the country, the technology boom is continuing to bring jobs to America and drive economic growth. If this trend set by leaders in the industry will only continue, it can only be expected that new initiates aimed at driving job growth in the technology sector and beyond will continue to be crafted. 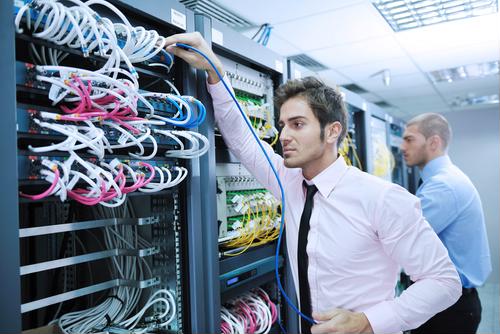