IBM, Google and other tech giants unite to boost data transfers in computers

Nine tech companies, including IBM Corp and Google, have teamed up to take on Intel Corp.

Designed to speed up big data for cloud and corporate data centers, the new interface will also improve machine learning and analytic times.

"As artificial intelligence, machine learning and advanced analytics become the price of doing business in today's digital era, huge volumes of data are now the norm," said Doug Balog, general manager for IBM Power, in an interview with Reuters. "It's clear that today's datacenters can no longer rely on one company alone to drive innovation."

OpenCAPI will provide data speeds of up to 150 gigabytes per second and link storage, memory, GPUs and CPUs, according to PC World. Even as storage and memory advance and continue to gain speed, OpenCAPI will keep computers ready for those technologies, an IBM fellow told the source.

The Power9 servers of IBM will be among the first to hold the OpenCAPI ports and are expected to come out next year. It will also be added to the Zaius Power9 server of Google and Rackspace. 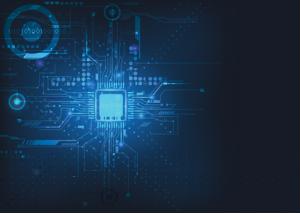