Technology services company Infosys Ltd. announced that it plans to create 10,000 IT jobs in the U.S., Bloomberg reported.

The company, based in India, will open four hubs for researching advanced technologies across the country. The first hub, located in Indiana, is slated to open in August and will create 2,000 jobs by 2021.

Infosys will receive up to $31 million in tax credits and grants from the state of Indiana for its new location, marking the largest incentive package in the history of the state, USA Today noted. The bulk of the new workforce will be programmers, engineers and computer scientists.

The announcement follows the signing of an executive order by President Donald Trump that will reconfigure the H1-B visa program that companies can use to bring temporary workers to the U.S. from other countries.

"In the fast-changing world of today, we need the ability to be local," said Infosys CEO Vishal Sikka, in an interview with Bloomberg. "We need to be trusted by our customers as being local. To work with a mix of global and local talent is absolutely the right thing to do."

Infosys has a global workforce of nearly 200,000 employees. 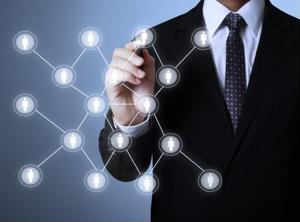