Expanding investment in U.S. infrastructure by 1 percent of gross domestic product per year would lead to $320 billion in economic output, according to the report. In addition, an $83 billion infrastructure investment would create 1.7 million jobs in the first three years of funding.

"Reinvesting in infrastructure presents policymakers with a unique opportunity to revitalize American growth," noted the report. "If efficiently targeted and strategically deployed, even modest additional investment would generate significant benefits to the U.S. economy over the long term."

According to Business Roundtable, infrastructure investment has declined in recent years. It found that U.S. infrastructure quality ranks at No. 16 internationally.

Some states have already started to make efforts toward boosting infrastructure investment. In Michigan, the 21st Century Infrastructure Commission, which was put in place by Gov. Rick Snyder, presented its recommendations, UpMatters reported. These included building new marine freight infrastructure to prevent losing 11 million jobs across the country, as well as investing in roads and bridges.

"Improved infrastructure systems mean better-paying jobs, healthier communities, and a stronger foundation for our kids in every region of the state," said chair of the commission and COO of Edw. C. Levy and Co., Evan Weiner. 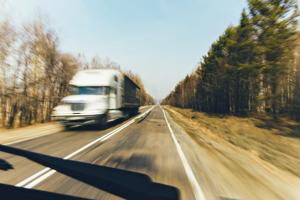