IT and engineering showed growth in August

Earlier in 2017, IT and engineering employment in the U.S. experienced something of a drop-off. However, research conducted by sector trade association TechServe Alliance found that the industry began to rebound during August.

While the growth rate is small - 0.1 percent - it's promising nonetheless due to its reversal of a decline.

"Reversing a recent downward trend line, the rate of both IT and engineering job growth increased in August," TechServe CEO Mark Roberts said in a statement regarding the organization's research. "This is particularly impressive against a background of more anemic job growth in the overall labor market. While a single month does not establish a trend, I am encouraged by [the] improvement in the IT and engineering employment picture."

Engineering job growth rose 0.2 percent in August. All told, employment in this field increased by less than IT did when measured year-over year, with IT rising 2.6 percent between August 2016 and 2017 and engineering going up 1.5 percent during the same period.

In the not-too-distant future, industry experts believe that the philosophy of perpetual connection inherent in the internet of things will have a major effect on IT employment. CIO reported that approximately 8.4 billion connected devices, appliances and vehicles will be used in 2017, and this number will more than double by 2020. This should necessitate the employment of IT workers with specific experience in IoT, bring-your-own-device platforms and other tools or methods that facilitate broader connectedness throughout an organization. 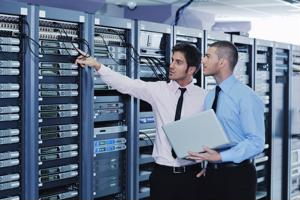