Jaguar Land Rover is strengthening its ties with the Latin American auto market with the opening of its first "wholly owned" factory outside of the U.K., Luxury Daily reported.

The expansion is a result of the growing appeal of the company in the region, with sales in Brazil jumping 11 per cent in the first five months of this year, the source explained. Jaguar Land Rover has had a presence in the country for two and a half decades, with 35 dealers currently operating there. In addition, one-third of all premium sport utility vehicles sold in Brazil are Land Rovers.

The $339 million, 646,000 square foot facility is located in Itatiaia and employs 400 people. It will primarily manufacture the Land Rover Discovery Sport and Range Rover Evoque models, which are the most popular vehicles for the brand in Latin America, Luxury Daily noted.

Latin America is one of the top 10 markets for Jaguar Land Rover, and by 2020, $341 million will have been invested in the new facility, according to Autocar. 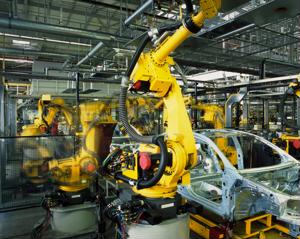