Japanese government undaunted in its perspective on the economy

Under the leadership of Prime Minister Shinzo Abe, the Japanese government has generally refrained from outsize pronouncements - either positive or negative - about national affairs such as the state of the economy. The Cabinet Office's latest announcement of its official view on Japan's economic environment was expectedly taciturn. According to Reuters, the government released its monthly statement to explain that the economy was - albeit slowly - moving in the right direction.

"Japan's economy is recovering at a moderate pace, while weakness in exports and industrial production continues," the Cabinet Office said in a statement accompanying the release of the June report.

Although this statement seems, on the surface, like the Cabinet Office maintaining its view from last month, it's a slight uptick from May's claim. Corrections to initial May estimates found that the economy did more poorly that month.

While exports and imports are both below expectations, capital expenditure appears to be increasing and corporate profits are also on the rise. Government leaders like Economy Minister Toshimitsu Motegi believe domestic demand, despite reports of lowered consumption, is still in a good place.

"I don't think there is a large, last-minute [demand] rush compared with the sales tax hike in 2014," Motegi said, per Reuters. "We're taking enough measures for leveling the rush ahead of the hike and the subsequent drop-off."

Inflation remains a thorn in the side of the Japanese government - and a potential threat to Minister Abe's hopes of re-election. A separate Reuters investigative report found that the failure of Bank of Japan governor Haruhiko Kuroda to bring inflation to a stable 2 per cent has caused numerous government officials and Parliament lawmakers to start losing confidence in the national bank. 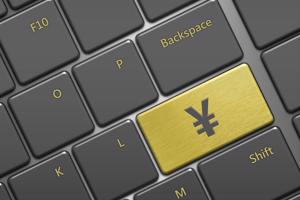