In a data analysis conducted by Monster.com, Java programming was named one of the top five in-demand technical skills, CNBC reported.

The top skills were selected for their likelihood to lead to high-paying jobs and the needs identified by employers.

Java programming was included in the top five ranking for its wide application across various industries, as well as the high average salary of a software engineer, set at $168,000.

Structural Query Language, which is used to build, access and manage databases, was also included in the list.

Earlier this year, GitHub released its report on the top programming languages used on its open source development platform in 2016. JavaScript took the top slot, with Java, Python, Ruby and PHP rounding out the top five. The site noted that the use of JavaScript, C# and Go nearly doubled since the previous year.

Built in Boston also interviewed business leaders on the coding languages they believe are most in demand. Kristen Tyrrell, head of growth at FutureFuel.io, named Java, JavaScript, PHP, C# and C, noting that most companies need skills in languages that "allow for integration with existing systems and software." 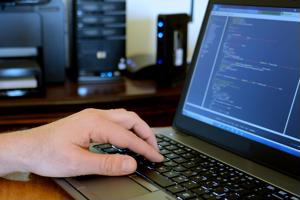