The tech landscape is richer today than it was when 2018 began, largely thanks to the contributions of professionals within the industry. The sector appears poised to make the most of these gains in the coming year.

From coast to coast, the recruitment hunt is on in information technology. This isn't too much of a surprise in places like Silicon Valley and Seattle, Washington, but comes as a most welcome turn of events in places that aren't as well known for technological innovation. Case in point: the Badger State. As reported by the Green Bay Press Gazette, several Wisconsin companies are eager to hire, recent college graduates as well as industry veterans.

"If you want a job right out of college making a good income, software engineering is the way to go," Hicks explained. "It is absolutely booming."

The Green Bay Packers are on the tech bandwagon as well, having teamed up with Microsoft to develop an innovation center in the eastern portion of the state, the newspaper reported.

It isn't just tech companies that are hiring, either. Businesses that specialize in other goods and services are also providing more opportunities for technology professionals to exercise their talents because tech inhabits virtually everything. Cybersecurity, cloud computing, mobile development and business intelligence are just a few of the positions that businesses are hiring for in 2019 and perhaps beyond.

Tech companies command an ever increasing percentage of cities' land mass, suggesting that the industry shows no signs of slowing. In the first six months of 2017, 42 percent of the country top 100 leases were possessed by technological businesses, according to Cushman & Wakefield. Austin, Texas and Durham, North Carolina are among the cities that have experienced a surge in tech business development.

But Jason Ruckel, a student at the University of Wisconsin-Green Bay, told the Press Gazette he has no intention of leaving the area when he graduates.

"People need to realize we have businesses here doing the same things they're doing on the coasts - lots of innovation, a startup culture - but closer to home, and the cost of living is lower," Ruckel said.

This suggests that instead of relocating to major metropolitan areas for tech opportunities, professionals may be able to find them in places nearer to where they live. 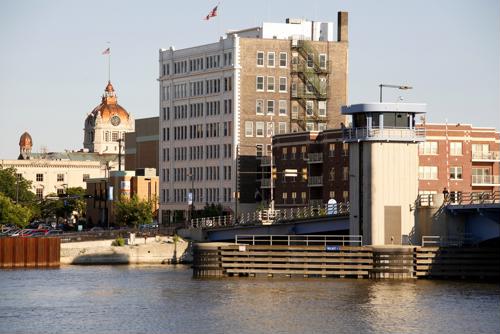