Detroit and its nearby suburbs have a history of relying on manufacturing for economic output, as does the state of Michigan overall. The new announcement by technology and appliances producer LG USA, detailing plans to construct a new factory in Hazel Park, carries on this tradition.

As detailed in an Aug. 22 company press release, LG believes that the creation of this new facility, which is slated to construct components for electric-powered vehicles, will bring 292 or more jobs to the area.

Michigan's government granted the business $2.9 million in operating capital, and LG will invest $25 million of its own money as well. Finally, the manufacturer also aims to establish job training initiatives with the help of nearby community colleges.

"When leading global companies like LG invest in Michigan and create hundreds of good, high-paying jobs here, it speaks volumes about the strong business and mobility climate in the state today," Michigan Governor Rick Snyder said in a statement. "LG's great technological advancements and our outstanding workforce will help pave the way for the vehicles of the future right here in Michigan."

Michigan is also among the states reportedly competing for the privilege of hosting the proposed Toyota-Mazda plant, along with more than a dozen others, as reported by USA Today yesterday. Having the LG and Toyota facilities would constitute a major boost to the state's economy. 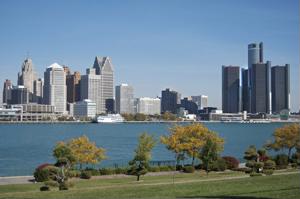