The Los Angeles Police Department has chosen BMW as the winner for a contract to supply the fleet with 100 electric cars.

Beating out the electric vehicles of Tesla Motors Inc., BMW has been awarded a contract for 100 of its electric i3 plug-in vehicles, reported the Los Angeles Times. The LAPD had spent the past year testing various EVs before opting for the model of the German automaker.

These cars will not be used for patrols or chasing criminals, however. The leased EVs will be strictly used for police business, officer transportation and community outreach.

It's likely the i3 was chosen over other models because of its short wheelbase and turning capabilities, which make it easy to navigate the city notorious for its traffic, reported Auto Blog. These small yet durable vehicles are also known for their reliability and connectivity, which will aid in fleet management.

Moreover, the BMW i3 was the most environmentally conscious and cost-effective option according to Los Angeles Mayor Eric Garcetti. Applauding the contract between the LAPD and the automaker, he noted, "We should be thinking green in everything we do."

Garcetti added that the adoption of electric cars will "also save money and resources," reported the Los Angeles Times. 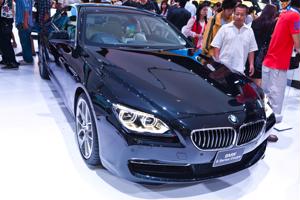