With artificial intelligence increasingly utilized in a variety of industries, largely to make day-to-day tasks easier and more streamlined for workers, cynics contend that it could be the beginning of the end for employees, replaced by robotics.

Manufacturing professionals aren't worried about such a scenario. However, they do have some concerns that greater reliance on AI will cause them to lose some of the skills that make them valuable commodities for employers, according to a newly released poll.

For the most part, industry professionals are all aboard the digital transformation train. Indeed, nearly two-thirds of respondents to the Nintex survey indicated that they're aware of its advantages in manufacturing and warehouse settings and close to three-quarters sought more involvement.

This isn't to suggest that employees don't have a certain degree of anxiousness with regard to AI's implementation and how it will affect them. Nearly 80 percent, for example, feared that the regularity with which automation is expected to be used could lead to laziness on their part, resulting in the loss of certain talents that AI could do instead.

Nintex Chief Evangelist Ryan Duguid said avoiding AI's unintended consequences is achievable when employees and employers understand that automation is a means, not an end.

"Invest in the people you have and give them the proper training and tools necessary to engage in more meaningful, transformative work," Duguid advised.

He further recommended that when manufacturers work in concert with employees and AI as a resource, more process and developmental improvements will come to pass. This will then enable workers to become more reliable resources because they've obtained skills that they didn't have prior to the expansion of automation.

3.5 million job openings over next several years
Investing in training is precisely what manufacturers are doing to prepare employees for the digital transformation because automation - contrary to popular belief - is leading to more jobs, not fewer. At an industry gathering earlier this year, National Association of Manufacturers President and CEO Jay Timmons noted that over the next seven to eight years, manufacturers will need to fill 3.5 million jobs, due in part to an uptick in AI implementation.

"Automation and job creation are not at odds - not in the least," Timmons stressed. "American workers and American technology are not enemies. Innovation and automation are expanding what American workers can do, making the impossible possible and transforming this industry for the better."

The challenge, Timmons continued, is not to ensure employees keep their jobs, but to develop positions that address how the manufacturing industry is shifting. These "new collar" roles will be high-tech, high-touch and future-focused, perhaps not even requiring a four-year degree.

Humans will need to repair AI machinery
Forbes contributor and manufacturing industry veteran Jim Vonoski wrote that some of these roles will involve coordinating how AI and traditional employees can work as a team or fixing automation equipment when - not if - it breaks down.

"Someday in the future machines may service machines, but that day is not today," Vonoski said. "Every industrial robot currently requires mechanical, electrical, and software care that wasn't required by older technology. So while unskilled labor may slowly dwindle, higher-level - and therefore higher-paid - opportunities will expand."

That AI will lead to massive job losses is a scenario that few buy into. A mere 13 percent of Americans overall fear their positions will no longer exist as a result of the technology's implementation, according to a 2017 Gallup survey. 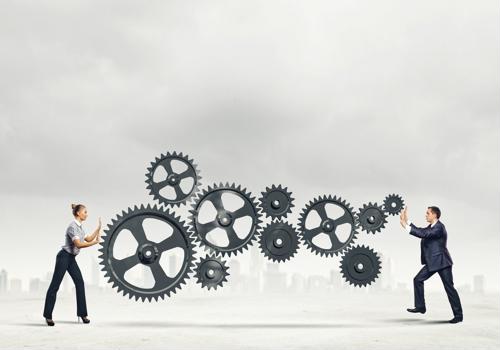