The November PMI® Index, which measures manufacturing activity and is maintained by the Institute for Supply Management®, increased 1.3 percentage points in November, according to a press release.

The index posted at 53.2 percent for the month, up from 51.9 percent in October. It covers 18 manufacturing industries, 11 of which saw growth in November, including Computer & Electronic Products, Chemical Products, Plastics & Rubber Products and Petroleum & Coal Products.

The press release also noted that it was the 90th consecutive month that the overall economy expanded.

However, there is demand for workers in certain areas of manufacturing, such as those dealing with computer technology and programming as well as those requiring "process-control skills" in the food, pharmaceuticals and chemicals industries, according to The Wall Street Journal. 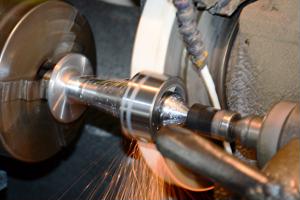