The 21st century may go down as the golden age of medical research. Many of the conditions, diseases and injuries that were once extraordinarily difficult to treat - never mind recover from - are today eminently treatable, enabling people to get back to their lives as normal or in other cases, dramatically improve them.

Such is the case with minimally invasive surgery (MIS). Whether for serious health threats or for cosmetic purposes, MIS is more common than ever and provides individuals with a better quality of living and giving those that sell the devices used in MIS procedures the opportunity to see how their investments are reaping rewards.

MIS systems value to jump 11 percent
According to newly released data from BIS Research, the market for MIS systems is poised to grow sharply in the coming years. Indeed, between 2018 and 2025, its value globally could be north of $40 billion, up approximately 11 percent per year, on average, over that period.

BIS Research Principal Analyst Abdul Wahid noted that the U.S. and Canada are leading the way.

"In 2017, the contribution in terms of revenue of North America to the global MIS systems market was valued approximately $9.3 billion, which is anticipated to grow at a double-digit [compound annual growth rate] of 12.8 percent during the forecast period," Wahid explained. "This high growth rate in the region can be attributed to the rising patient demand for MIS, technological developments, and perceived benefits of these surgeries."

Wahid further noted that patients are increasingly turning to MIS because recovery times tend to be quick, scar tissue is moderate and encounter fewer complications in the aftermath, just to name a few of the benefits.

Among the more common and effective medical equipment systems used for MIS treatments are endoscopes. Utilized in a wide variety of procedures, such as colonoscopies and laparoscopic surgery, endoscopic instrumentation allow physicians and technicians to peer inside their patients so they can better perform procedures and diagnose conditions, thereby improving patient outcomes. By 2025, the endoscopy devices market is slated to increase in value as well, potentially reaching a market value of $46 billion, according to analysis from Research and Markets.

Endoscopes increasingly effective in the war on cancer
Advancements in endoscope technology and capabilities are supplying doctors and healthcare practitioners with the ability to detect serious conditions earlier. For example, as noted by Medscape Medical News, physicians recently tested an esophageal sampling device for people diagnosed with Barrett's esophagus. A gastroesophageal reflux disease, Barrett's esophagus occurs when damage affects tissue lining the tube that carries food from the mouth to the stomach. This typically results from exposure to elevated amounts of stomach acid. About 200,000 people are diagnosed with it each year, according to the Mayo Clinic.

However, this new form of endoscope, which resembles a capsule that's swallowed, is helping doctors diagnose Barrett's esophagus much sooner, thus improving patients' ability to mount a full recovery.

Stephen Meltzer, professor of medicine and oncology at John Hopkins University School of Medicine, noted that this device may even also help reduce esophageal cancer incidents.

"Early detection is the whole ballgame when it comes to esophageal cancer," Meltzer explained.

He added that while Barrett's rarely leads to esophageal cancer, the two have many of the same symptoms. Identifying manifestations of either condition, before they even present themselves, has the potential to strengthen patient outcomes dramatically.

Similarly encouraging discoveries, as they pertain to endoscopes, have been found in treating pancreatic cancer. Researchers from the Penn State Department of Mechanical Engineering are in the midst of developing a revolutionary endoscopic tool that could make MIS more effective in treating people with pancreatic tumors. Pancreatic cancer is responsible for 3 percent of all cancer diagnoses in the U.S. and 7 percent of all cancer deaths, according to the American Cancer Society.

Brad Hanks, a mechanical engineering doctoral student at Penn State, said the endoscopic instrument he and his team are working on could be a game changer because it could make surgery a more realistic option for a condition that's extraordinarily difficult to treat.

In summary, medical device technology is getting better all the time. Healthcare professionals who sell them provide hospitals and their patients with an effective shortcut on the road to recovery. 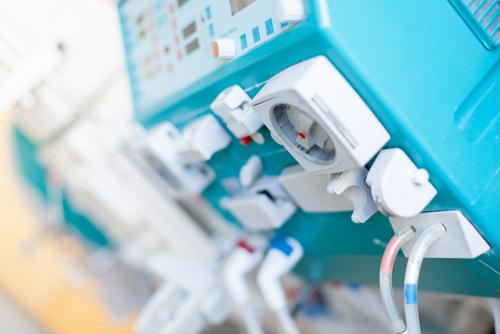