A growing number of auto manufacturers and parts suppliers are setting their sights on Mexico.

Michelin was the latest company to expand its presence in the country, announcing plans to open a new production facility in León, Autocar Professional reported.

Bosch, BMW, Edsha and Comstar Automotive are also opening new plants in the country, contributing a strengthening identity of Mexico as a "hot spot for investment by automakers," as the source noted.

The new Michelin facility will produce high-end tires for trucks and passenger vehicles, with manufacturing kicking off in the first quarter of 2018, according to Autocar Professional.

It will be the second Michelin plant in the country and the 21st in North America, Upstate Business Journal detailed. The León facility will contribute scores of new jobs to the Michelin global workforce of 23,000 employees.

The news followed an announcement by BMW in late June that it will open a new manufacturing plant in San Luis Potosí, Mexico, in 2019, Automotive News reported. According to the source, BMW received $236 million from the region for its commitment to invest $1 billion and create 1,500 jobs by 2024. 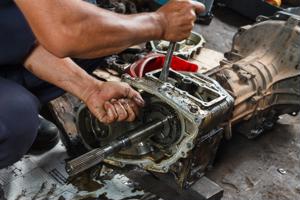