Any broad outlook on the Latin American economy remains something of a mixed bag as 2019's first quarter approaches its endpoint, according to a variety of measurements from prominent financial analysts. According to Reuters, Goldman Sachs issued a Feb. 25 note featuring diminished growth forecasts for two of the region's biggest national economies.

"The late 2018 and early 2019 growth momentum has been weaker than expected across a number of the large economies ... [particularly] Brazil, and Mexico," Goldman's team of Latin American economic experts stated.

The New York-based multinational investment bank now projects 2.2 percent economic growth for Brazil and 1.5 percent for Mexico, down from previous expectations of 2.6 and 1.7 percent, respectively. Goldman Sachs' estimate for Chilean expansion also saw a decline from 3.6 percent to 3.4 percent.

Major elements Goldman cited as motivation for its unfavorable view of the Brazilian and Mexican economies included declines in external demand for the nations' exports, political uncertainties manifesting as questions of economic policy - and also "idiosyncratic factors" that the investment bank did not specifically name. Strong possibilities as to what those factors might be include the unclear future of pension reform in Brazil and tensions between Mexican President Andres Manuel Lopez Obrador and the nation's conservative economic elite - although Xinhua, citing data from the Mexican Institute of Financial Executives, said that fears of a full-blown recession in the latter country were unfounded despite a reduced pace of growth.

Other countries in Latin America are projected to do better. While Chile's economic growth may slow, Goldman analysts still believe there will be enough positive developments for that nation's central bank to justify two interest-rate hikes during 2019. Peru will also be in a strong enough position to enact some tightening of fiscal policy, most likely in the fourth quarter of this year. 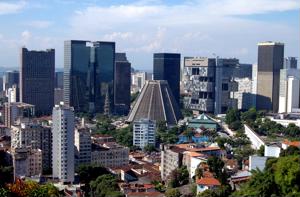