Early in August 2017, Toyota announced both a new partnership with Mazda and plans for the two automakers to join forces on a plant in the U.S. As The Atlantic reported at the time, company estimates projected that the plant would provide up to 4,000 jobs.

Because of the positive effect the plant would have on any region of the country that hosted it, many states hope to be in the running and receive the full consideration of Toyota and Mazda. USA Today reported that every state in the southeastern U.S. plans to pursue this opportunity, as well as Texas, Kentucky, Ohio, Indiana, Illinois, Iowa and Michigan.

The automakers surrounded these planning efforts in a considerable degree of secrecy. According to USA Today, the plant construction effort bears the code name "Project Mitt," which is on the paperwork states interested in hosting the plant are required to submit.

Kristin Dziczek, director of industry, labor and economics at the Center for Economic Research, elaborated on which factors states might need to cite when proposing to serve as the Toyota plant's home.

"You have to be able to say you've got the workforce, you've got the land, you've got the transportation systems and rail spurs, community college and education and a place where people want to live," Dziczek told the news provider. "Once you've got all that, tax incentives come into play." 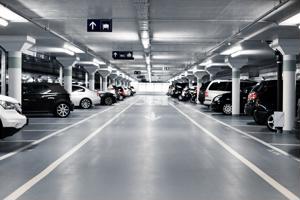